In order to sustain the strong rally seen in both European and Global equity markets throughout the course of 2019 we are going to have to see some evidence of supportive macro-economic data. October 2019 was not the month to deliver this support. Right from the outset the data looked particularly gloomy. For Europe it was manufacturing that set the tone with a reading suggesting a continued contraction should be expected. The service sector has thus far offset such bleak manufacturing data points, but with inflation hitting a measly +1.00% for the Eurozone in Q3 2019, we are unlikely to see particularly healthy growth in the near term. This was confirmed with a +1.1% year on year GDP number being reported for the region over the course of the month. The US, which has so far resisted most of the slow-down seen in Europe and elsewhere, also showed some signs of weakness with the ISM manufacturing index delivering at 47.8 versus the 50.0 expected. The continued trade talks between the US and China, and the resultant tariffs, have clearly impacted both the European and US industrial base. Indeed, Europe was the focus of Donald Trump’s wrath in October with the imposition of a host of tariffs on $7.5 billion worth of goods including wine, olives and Scotch Whisky. More positively, a meeting between the US President and Chinese Vice Premier Liu He resulted in a “phase one” agreement which hopefully is just the start of the process toward a final resolution. This helped limit the market’s losses over the course of the month.

Also contributing to the more positive mood was Boris Johnson’s success in agreeing a Brexit transition deal with the European Union. Unfortunately, he had less success with his own Parliament resulting in the announcement of a General Election to be held on 12th December 2019. Also in a period of transition was the ECB, with Mario Draghi now gone and Christine Lagarde taking up the top spot. The consensus seems to be that she will very much take up where Mr Draghi left off, but with ever increasing calls for economic stimulus in the Eurozone, it will be interesting to see if business as usual is considered enough. 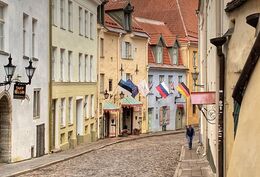 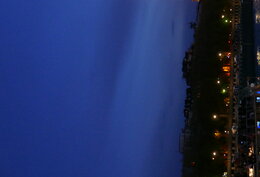 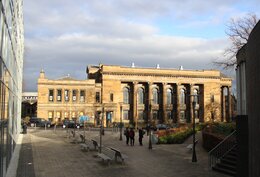 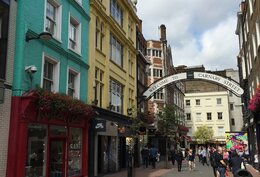